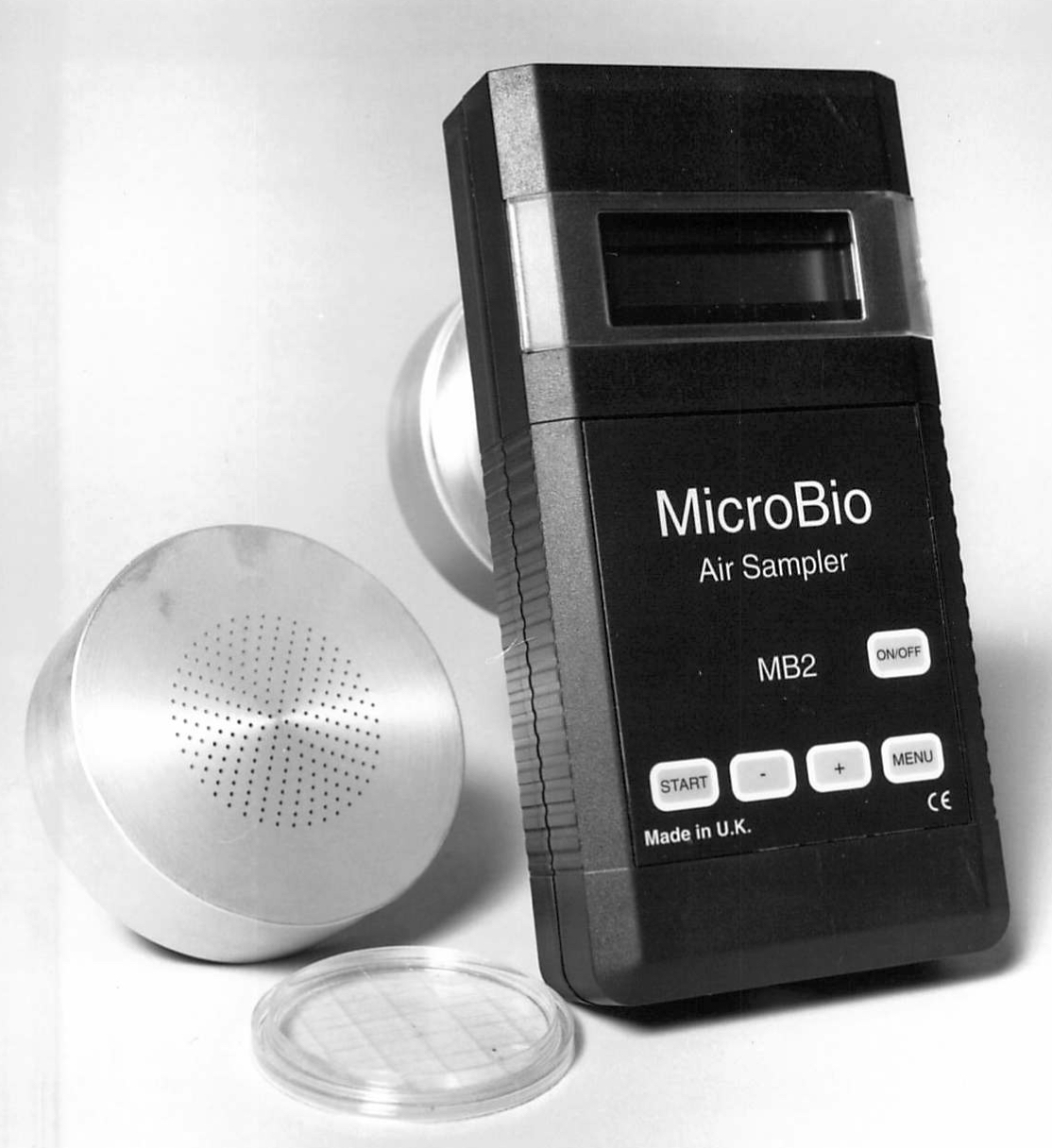 Our involvement with developing bioaerosol samplers goes back to 1992 when we were asked if we could design a sampling instrument for a major French food safety and biocide manufacturer, LCB. They were buying in a quality, but expensive sampler manufactured in Italy. Our remit was to develop a sampler that was lighter, simpler to use, would run for longer on a single charge, cost a fraction of the price and perform as well or better than the current market leading device they were re-selling. This we did and the product went on to become the original LCB AirTest (now superseded as the AirTest Omega).

We manufactured these in volume in Dartford, including PCB fabrication, machining, printing and electronics build, and shipped to France for the next four years until they decided to produce their own model in France.

The birth of the MicroBio Bioaerosol Sampler

It was in June 1994, while supplying the advanced AirTest sampler to LCB, F W Parrett Ltd launched the first MicroBio MB1, engineered by Cantium Scientific Ltd (the company trading as Foice Systems at that time).  When we parted company with LCB early in 1996, sales of the MicroBio MB1 were already growing rapidly and became the main focus of business for both F W Parrett Ltd and Cantium Scientific Ltd.

Due to growing sales, in 1996 we moved to premises in Northfleet, Kent.  However, further growth resulted in the business expanding into a larger combined office and laboratory space in the same building.

In 1999, we built a new laboratory and production unit to accommodate the extra demands of bioaerosol sampler sales and contract design and development work being undertaken.  With production of the MicroBio products increasing beyond our capacity, we took the decision in 2000 to outsource bioaerosol sampler manufacturing to a contract electronic manufacturer in Margate, Kent, and moved back to Dartford to enable us to concentrate on product design and development.

The MicroBio MB1 and MB2 bioaerosol samplers have steadily developed over the subsequent years and they are now sold in 51 countries with local representation by a network of distributors and agents.